Since the past few weeks, software giant Citrix has privately been rolling out a critical software update to its enterprise customers that patches multiple security vulnerabilities affecting Citrix ShareFile content collaboration platform.

The security advisory—about which The Hacker News learned from Dimitri van de Giessen, an ethical hacker and system engineer—is scheduled to be available publicly later today on the Citrix website.

Citrix ShareFile is an enterprise-level file sharing solution for businesses using which employees can securely exchange proprietary and sensitive business data with each other.

The software offers an on-premises secure cloud environment for data storage with auditing capabilities and regulatory compliance controls. For example, a company can remotely lock or wipe data from potentially compromised mobile devices, or they’re when lost or stolen. 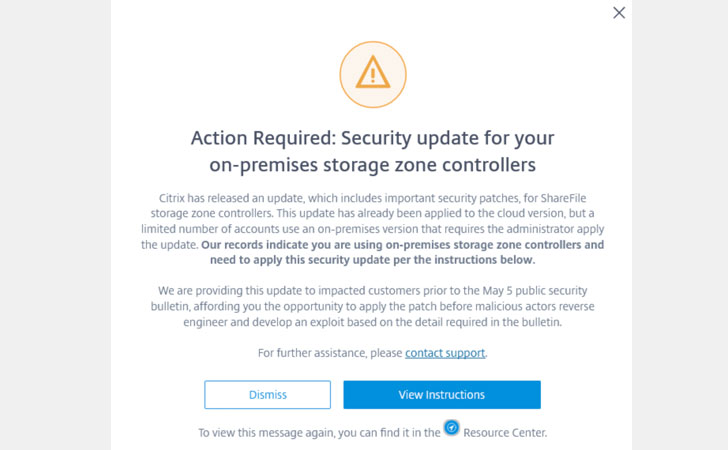 According to the advisory, if exploited, the vulnerabilities could allow an unauthenticated attacker to compromise the storage zones controller potentially and access sensitive ShareFile documents and folders.

It is important to note that if your storage zone was created on any of the affected versions, merely upgrading your software to a patched version would not completely resolve the vulnerability.

To fix this, the company has separately released a mitigation tool that you need to be run on your primary Storage zones controller first and then on any secondary controllers.

“Once the tool runs successfully on your primary zone, you MUST NOT revert any changes to it. Reverting changes will cause your zone to become unavailable,” the advisory warned.

You can find a complete step by step details in the advisory, as soon as it becomes available publicly.

Besides the on-premises solution, the cloud versions of ShareFile storage zone controllers were also affected, but the company has already patched them and doesn’t require any further action from users.

Where the Flaw Resides?

At the time of writing, though not much technical details on the underlying vulnerabilities are available, an initial patch inspection by Dimitri reveals that at least one of the flaws could have resided in an old ASP.net Toolkit that Citrix Sharefile used.

The 9-year-old outdated version of AjaxControlToolkit that’s allegedly bundled with the affected versions of ShareFile software contains directory traversal and remote code execution vulnerabilities (CVE-2015-4670), which were disclosed publicly in 2015. 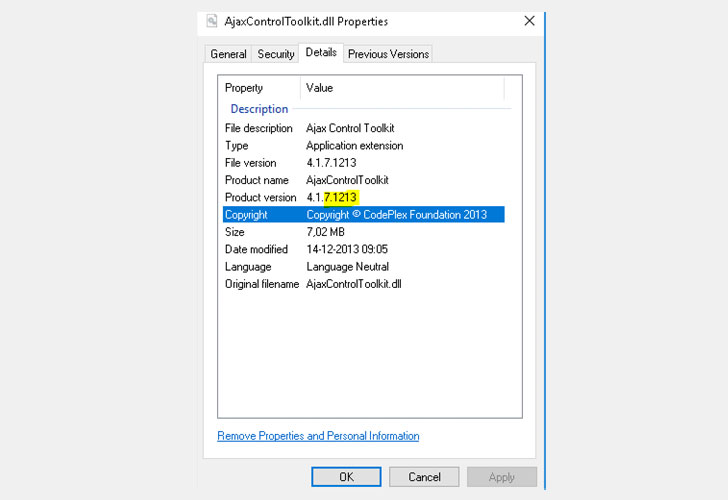 To check if Citrix ShareFile implementation is affected or not, one can visit the following URL in the browser, and if the page returns blank, it’s vulnerable, and if it through 404 error, it’s either not flawed or has already been patched.

According to Dimitri, the mitigation tool makes some changes to the web.config file and then also deletes UploadTest.aspx and XmlFeed.aspx from the affected servers.